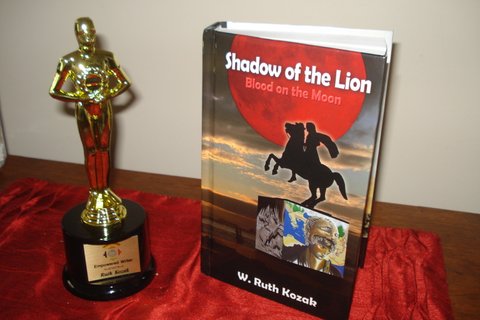 In August 2014 the first volume of SHADOW OF THE LION subtitled BLOOD ON THE MOON was born, published by MediaAria-CDM. Next month, in January 2015 SHADOW makes its formal debut at my book launch sponsored by the Greek Consul at the Hellenic Community Centre in Vancouver.

This has been an exciting year which included a trip to Egypt and a visit to Alexandria which was a dream come true. Then in September a trip to England and Greece where I was able to do lots of book promo, first attending the Historical Novel Writer’s conference in London, and then invited to do three readings in Greece: two in Athens and one in Larissa. 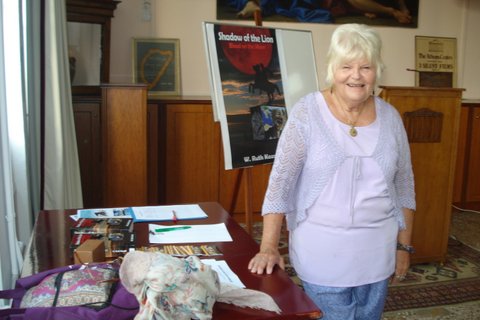 Since returning to Canada in October I have been invited to do two book readings along with my writer friend Eileen Kernaghan. And I look forward to doing many more in the coming year, starting with a book club group in Duncan B.C. It was a thrill to be given a ’empowered writer’ award by the World Poetry Peace Conference and invited to be on their radio program by Ariadne Sawyer who has been so supportive of me.

After the fifteen long years of research and writing on this epic saga it has been a real thrill to see everything I worked for accomplished. And I begin the New Year, 2015, with the formal book launch of SHADOW OF THE LION: BLOOD ON THE MOON.  (Already my readers are anxious for the second volume to appear but THE FIELDS OF HADES won’t be published until 2016.) 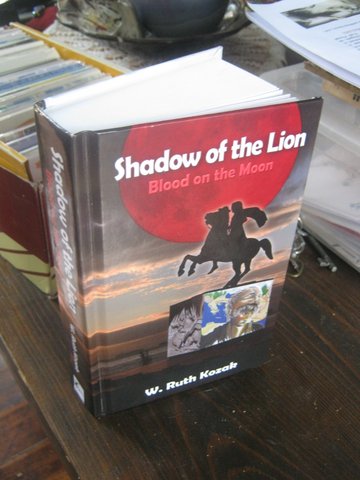 I am grateful for all the support I have had over the years from my writing group, the Scribblers, my friend here in Canada and in Europe. Especially the Greek people who have been so generous with offering me support with my research and book promo.  The Greek Consul of Vancouver, Ilias Kremmydas has been so kind and has organized the launch at the Hellenic Community Centre. I’m planning to welcome some special guests to participate including Greek/Canadian prize winning poet Manolis Aligizakis, and Langara lecturer Peter Prontzos who has offered to write a book review for me.

Everyone is invited to this special event so mark it on your calendars. And if you have already read SHADOW OF THE LION: BLOOD ON THE MOON I’d appreciate it if you could put a little review on Amazon.com or on Chapters website if that’s where you purchased your copy. I’ll be signing books at the book launch and there will be a few on hand to purchase.

So, I welcome the New Year and all that it promises for me and for my novel. I hope we have a bright future together!

W. Ruth Kozak is a historical fiction writer, sometimes poet and travel journalist with a strong interest in history and archaeology. A frequent traveler, she has lived several years in Greece and visits there regularly. She edits and publishes a travel e-zine Travel Thru History

Her historical fiction novel, “Shadow of the Lion” about the fall of Alexander the Great’s dynasty, will be published in UK in 2014 by Media Aria- CDM Publishers