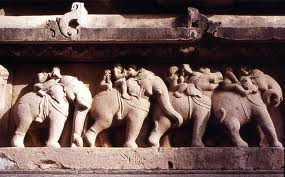 Not only were the human characters in SHADOW OF THE LION victims of the power struggle that ensued after Alexander the Great’s death, so were the elephants who accompanied the royal entourage back to Macedonia.

After subduing the Persians, in 327 BC Alexander led his army into India. His main opponent was Rajah Porus, the Hindu king who ruled the Punjab. Porus had a massive elephant corps which numbered from 200 -300 war elephants. The Royal Koomeriahan elephants were exceptionally large and powerful. They were known to have pink and white blotches on their face and ears enhancing their value. Alexander knew about the strength of elephants in battle having faced sixteen of them in his battles with the Persians. In war, the elephant’s trunks were strengthened with long steel daggers tipped with poison. Their bodies were protected in iron chain-mail. The warriors mounted on them shot and speared from its saddled back even without protection of a howdah. They scared the wits out of horses! 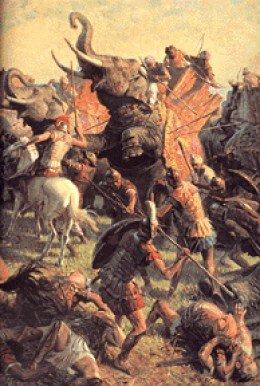 Thanks to Alexander’s brilliant strategies he managed to defeat the Rajah’s unusual ‘army’ by taking them surprise, crossing the Jhelum River in the early hours of the morning and attacking from behind so the horses would not be spooked. The surprise attack sent the elephants into chaos.

After the battle, Alexander took charge of 100 of Porus’ warrior elephants. He used elephants to guard his tent. When he died their images adorned his funeral chariot; Ptolemy had coins minted in Egypt of Alexander dressed in a cape of elephant skins. Elephants became a symbol of grand pretensions in the west.

When the joint-kings left Babylon on their long journey to Macedon, fifty of these magnificent beasts and their mahouts from the Punjab accompanied them, a gift for the Regent. One of them, OLD PEARL, and her mahout, SADU, were in charge of guarding the royal pavilion. The child, ISKANDER, becomes intrigued with Old Pearl and an unusual relationship develops between the little boy, the elephant and the wise old mahout.

I’ve always loved elephants and once I began doing research about them, and the role they played as vehicles of war, the more fascinated I became. Elephants are highly intelligent and in spite of their fearsome size, can be very gentle and even show emotion. They are deeply affectionate to their masters and mild with small children but will run amok among foes in war. They will even trample to revenge the death of a beloved mahout. They can dance, play cymbals and swim, but cannot jump. 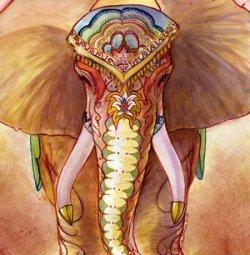 The mahouts cared for their elephants with great affection and even referred to them as their ‘children’.  They painted them and adorned them with bells and scarlet coverlets. The mahouts look after their elephants with loving care and they usually stayed together until death. Often an elephant will pine away and refuse to eat if removed from its trainers. Just as it was in Alexander’s time, today they are usually assigned a single mahout who is responsible for them, like a master with a dog, and they are capable of a considerable degree of affection. The mahouts use endearing epithets according to the age and sex of the elephants. “No, my son!”  “No, my mother!” They rub their hands on the elephants with monotonous, soothing chants to calm them. The relationship is one based on mutual respect. The mahout rides, sitting on the neck of the elephant, guiding it by the pressure of his toes behind the elephant’s ears and it will perform a variety of actions on a word of command. In fact, elephants can respond to at least thirty words of command. “Sum but” (Kneel) “Joor” (put your feet close together. “Doom rakh” (Keep your tail still) The majority of the words used by the mahouts are monosyllabic. The mahouts, coming from the Punjab, also had their own religions and the worship of Ganesh the elephant god was prevalent in their camps. 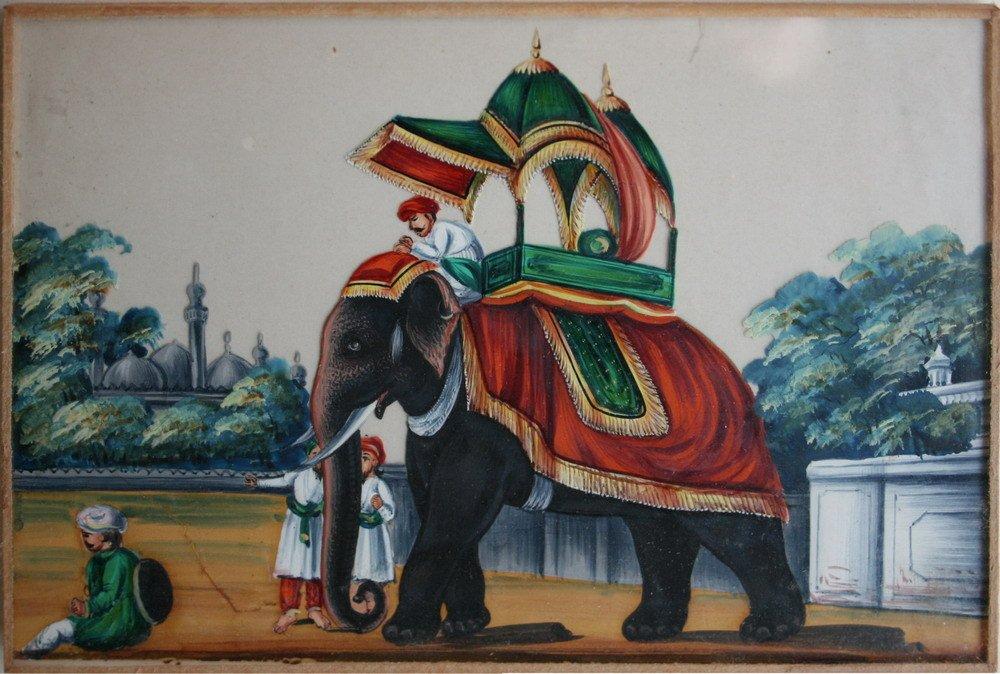 In writing SHADOW OF THE LION, and introducing these magnificent beasts and their mahouts, I wanted them to be as real as the other characters in the story. I took time to tune my ear to the cadence of the mahout’s speech and to learn as much as I could about them and their elephants.

What happens to these elephants and their dedicated masters, the mahouts, are all part of the tragedy of Shadow of the Lion.  I developed a whole new respect for elephants and mahouts while writing the novel and they became as important to the story as the human characters are.